Passive Investing Bubble – Its A Bunch Of Nonsense

We all remember the movie “The Big Short”. A well-documented movie starring Steve Carell depicting the subprime mortgage crisis. You might remember a character named Michael Burry played by Christian Bale. Michael Burry is the man that famously predicted(and bet big) on the subprime meltdown that caused the 2008 global financial crisis. It was a brilliant call that reportedly made him $100 million richer while making $700 million for his investors. This time, he has another big short on the horizon – The passive investing bubble.

So what is the premise of this potential bubble?

First, let’s take a step back and talk about what passive investing really means. It’s a broad term that people like to throw around. As the name implies, it’s investing without actively managing a portfolio. How do people do that? they buy ETF’s or mutual funds on the open market. These are known as “Index Funds”. These index funds take a pool of money from investors and buy shares in companies on their behalf. Managing a large portfolio requires a lot of work and oversight and most people don’t have time for this so for a small fee, they will buy index funds.

Passive investing is all the rage lately and google trends knows it! Searches for “Passive Investing” has quadrupled over the past 10 years.

So what’s the problem? According to Michael Blurry, all of this money being plowed into index funds is inflating stock prices. After all, index funds have to deploy that money into stocks regardless of the underlying fundamentals that usually dictate the share price. Or as he puts it, “The theatre keeps getting more crowded, but the exit door is the same as it always was”. So he is implying that when all of these people that have their money in index funds decide to pull their money out, there will not be enough buyers on the other end causing prices of these stocks, and overall markets, to crash.

“The theatre keeps getting more crowded, but the exit door is the same as it always was.”

Other Predictions Made By Mr Burry

We all know what happened with GameStop. It tanked. Not sure what his reasoning behind going long on this stock was but his firm, Scion Asset Management owned 2.75 million shares as of August/2019. The saying goes, you don’t lose money till you sell. So technically speaking, he’s still in the game. For now.

Ok, so he’s a fan of old school traditional retail. Why? Who knows but this stock represents 16.6% of his portfolio. This men’s apparel holding company has been pounded! Don’t even try searching for it on any major exchange cause it’s now playing in the minor leagues on the OTC Markets.

He’s trying to capitalize on a water shortage

How is he trying to capitalize on this you ask? He’s buying farms. Almond farms that is. Growing almost requires lots of water and when water becomes a scarce commodity as he plans, almond prices will go through the roof. But thats if almond farmers go out of business which will ultimately let the few almond farmers that are still left control the prices.

Why I think he is WRONG

There is one key assumption here. In order for there to be a significant correction, you need to assume that there won’t be enough buyers on the other end of the trade when an index fund unloads some of their holdings. These days, people are overpaying(in my opinion) for a lot of well-known companies outside of index funds. It could be Robinhood investors piling in their weekly paychecks, it could be a hedge fund, it can be many different sources. The self-regulated nature of the markets will eventually reprice instruments where they should be and index funds will not be the culprit.

Should You Be Worried About a Passive Investing Bubble?

I think we established this already. NO! Personally, I’m not a fan of passive investing at all. Nothing to do with bubble fears but it’s not my style. This passive income bubble, although an interesting theory, does not make me lose any sleep at night. In order for it to actually happen, a lot of unlikely events have to take place. Besides, if a stock like AAPL were to take a hit, im sure Warren Buffet would love to buy them up. Remember, being a disciplined investor assesses their own valuation of a company and ignores the noise. Stay invested, remain disciplined, and stay focused on your goal!

REITs vs Rental Property – What Should you Own?💸

Coronavirus stock market crash | What should you be doing right NOW? 📉 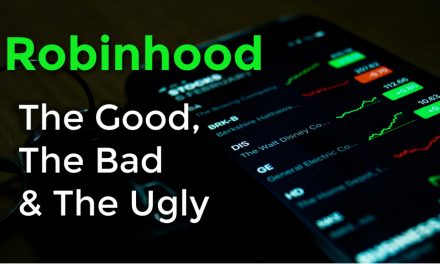 Robinhood – A New Breed of Investors 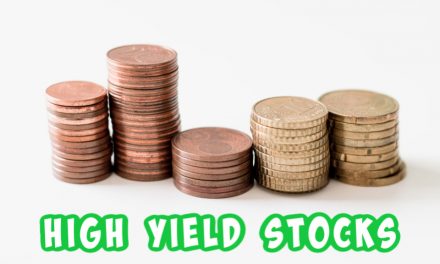