Love It Or Hate It. It’s Coming!

Today I read another report about Amazon buying up shopping malls and using them as fulfillment centers. We all know that Amazon has clobbered brick and mortar retailers, now they’re eating them for breakfast! But we can’t just blame Amazon. They just know what the consumer wants and the habits of those consumers are changing. The consumer wants things cheaper and faster and companies are racing to win them over. We all want cheaper transportation so Uber is working on self-driving cars. Have a product or business idea that you want to launch? Shopify to the rescue! Work life is also changing and more people want to work independently so UpWork and Fiverr make that easy for you.

Personally, I’m getting ready to embrace this new shift instead of fearing it. I really don’t want to see malls or movie theatres disappear(thanks Netflix😒). I can’t help but get nostalgic feelings when I think about the experience of going to the mall. If you lived in a small city, EVERYTHING happened at the mall. You went on dates there, ate there, watched a movie there, bought your whole wardrobe there, etc. It was a big part of our life so replacing old memories with an Amazon warehouse is a hard reality to accept.

But our investments don’t get nestalgic feelings. So as investors, we want to capitalize on this technology revolution and have exposure to the companies that are at the forefront of it. Thats said, let’s talk about what long term tech stocks we should be buying right now.

Like most people, you’re probably making good use of that prime membership with all the shopping you’re doing on Amazon. Maybe you got sucked into some weird gadget on wish.com after seeing an ad pop up on Facebook. This surge in online orders is causing a surge in demand for industrial space. Prologis(PLD) is an industrial REIT that is focused on the consumption side of the supply chain. Known as “Amazons landlord”, it’s no surprise that they are the world’s largest owner of industrial real estate.

With all that web traffic from online shopping and the rise of cloud computing, data centers are becoming more important for modern business. Just like how Amazon leases warehouse space from 3rd party companies that own the space, they need to lease data center space as well. Who knew that REITs could be tech stocks? Below are data center REITs ranked by total return.

The gig economy is just getting started

If there is one thing I hate about this new era that we live in, it’s hearing the word “side gig” or “gig economy”. Maybe I should get used to it because we are going to be hearing it a lot more often. With 57 million workers now part of the “gig economy” in the US alone, it can’t be ignored. Fiverr(FVRR) and UpWork(UPWK) are the best pure plays if you want to invest in this global trend.

Fiverr’s business model is pretty straight forward. A freelancer will post a “gig” that can be anything under the sun, a buyer finds them and pays a flat fee, then Fiverr takes a 20% cut. With no bidding involved, the pricing is made simple. Freelancers don’t have to search and bid on projects like other platforms but instead, the buyer comes to them.

Lets look at the numbers. As you can see, they are successfully increasing spend per buyer, expanding margins and nearly double Y/Y revenue growth.

Right now its hard to justify their current market cap at $3.8B with the current numbers(as impressive as they are). With their major expansion plans and margin expansion, their growth story is worth getting excited about. If executed successfully, $3.8B might look like peanuts one day. Other products include And.Co, Learn from Fiverr, and Clear Voice.

UpWork is not considered a direct competitor since its more focused on staffing. Freelancers pay for credits in order to bid on projects that fit your expertise. You can offer an hourly rate, flat fee pricing, or price the project by milestone. According to their 2019 presentation, over 30% of their buyers are from fortune 500 companies.

The numbers aren’t as impressive as Fiverr’s but UpWork is more enterprise-friendly so the market is much bigger. In my opinion, the quality applicants AND buyers are much better on UpWork.

The E-commerce boom isn’t running out of steam

Since we’re on the subject of independent workers, many people are taking back their independence by trying their hand at entrepreneurship. Now, it’s easier than ever before. There’s a lot of companies that cater to this crowd including Shopify(SHOP) who is the most dominant e-commerce platform for online stores.

Square(SQ), although nowhere near Shopify when it comes to e-commerce, they dominate the “micro-merchant” market with their easy to use POS system.

Before that online store or any website goes live, you need a domain name. GoDaddy(GDDY) leads the way here with 49.7% DNS market share but on the web development side, they are behind the curve compared to their peers.

Then there’s the transaction side. Companies like Shopify and Square have their own in-house payment processor but it would be silly not to have PayPal integration. PayPal(PYPL) is the #1 online payment processing service with a whopping 70% market share. Stripe takes the #2 spot with only 6%.

Don’t assume dividends won’t be coming down the road. Give these companies a chance to establish themselves. Remember, companies in their early stage need to focus on growth so returning money to shareholders is not a top priority. Down the road, once a company becomes established it is very likely they will start paying(and growing) their dividends. Fortunately for you, you got in early so your yield on cost will be much higher than the current yield. If you bought Apple(AAPL) in 1998, your yield on cost would be almost 600%!

If you want to play the tech boom, there are many avenues you can take. One major risk with a lot of these companies is that they tend to be a one-trick pony. Technology is changing and changing fast so who’s to say Squares POS system won’t be needed in 5 years? or Shopify’s customers leave for a better platform? If companies don’t diversify their revenue streams, these companies, although very successful now, are most vulnerable. If you can’t buy a basket of different companies with a unique business, it’s probably better to buy companies that are already diversified like Microsoft or Apple. Good luck and happy investing! 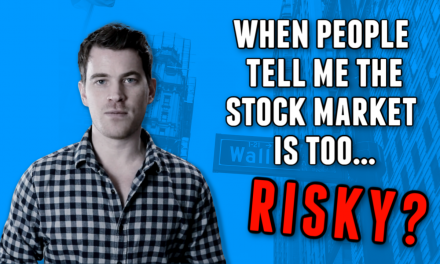 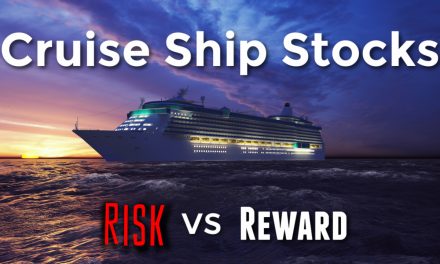 The Big 3 Cruise Ship Stocks🚢 – How Risky Are They Really? 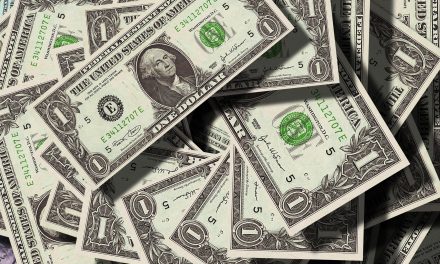 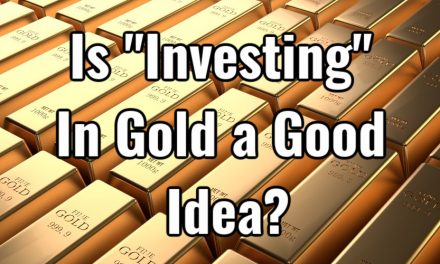 Is Buying Gold A Wise Investment?